In previous, there was only one emulator that can do it for us. But now there are many excellent tricks available by using which we can easily play PC games on an Android phone. Actually, Pc games are too heavy to run on any Android phone processor and GPU. 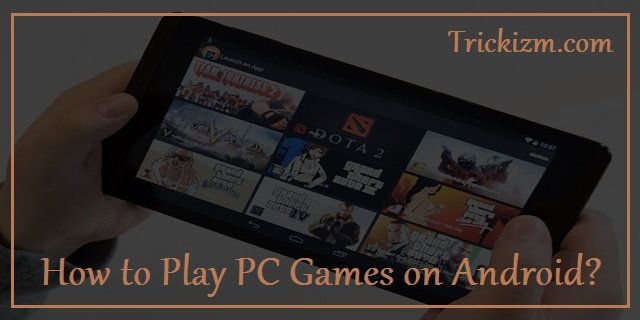 So, we need an app or emulator that can do it for all of us without hurting our mobile phone. Many developers have already converted many PC games to Android supportable like as; Resident Evil 4, Street Fighter IV, GTA VC and GTA 3. To play PC games on Android phone, we need a smartphone who have a hefty processor, GPU, and RAM which can take a load of big PC games without facing any issue.

You don’t need to root your android phone because this trick will also work on Non-Rooted android phones. But, if you want to root your cell phone, then you should move on to the previous article where I listed Top 10 Apps to Root Android without PC.

How to Play PC Games on Android Phone?

We can’t install PC games on the Android phone directly, but many people have already installed Windows 95, 98 and XP on Android by Bochs or QEMU But it’s unstable and slow down Android phones. But the bitter truth is that we can not play PC games on Android phones directly. When games became old, and new powerful smartphones come in the market who can run those games, then developers optimize so that we can enjoy that on our cell phone. However, it takes too much time, but it is not impossible. Please keep in mind that all games are not portable to Android and iOS so that you can try them one by one. 🙂

In this article, I’m going to tell you a way to Run Computer Games on Android Phone, so don’t worry if you were searching for this trick. You’re at the right place now. A long back, there was not an app that allows us to play PC games on Android phones, but now in 2019, there are many apps that can do it for us easily and quickly. The trick is very straightforward and easy to follow. The only thing we need to do is installing the streaming software on the PC and its client app on the android phone. After it, we have to connect our PC to the Android phone so that we can play any game that we have installed on our computer.

There are some necessary things that we should fulfill so that we can easily play PC games on Android. So, make sure that you’re not missing any of the below requirements which I’m going to mention.

Requirements We Need to Fulfill to Play PC Games on Android

I already told you above that there are many apps available now that can do it for us. But, here in this post, I’ll mention two best apps that allow you to play PC games on Android without any issue.

Note: In Splashtop, if you’re getting notification of lag change quality from sharp to smooth then you might have a fast internet connection. Your computer also should be stronger enough to run a game at 50 fps, so that you’ll not get lag change notification. If your PC is not performing right, then slow down the game details and also resolution. You can play any PC game but first, make sure that you’re playing those games which are compatible with the ps2/ps3ps4 controller. In this way, you can connect the controller to your Android phone, and your PC and Android phone can easily handle the game.

In Conclusion of How to Run PC Games on Android

So, above, I’ve shared the easiest method to play PC games on an Android phone without facing a single issue. You just need common sense :p so that you can follow all the steps which I’ve mentioned above. I hope you enjoyed this article and if I’m not wrong, then please give us a social share. You can also subscribe to us If you’re interested in getting the latest updates directly into your mailbox. Thank You. Have a great week ahead. Enjoy. 🙂 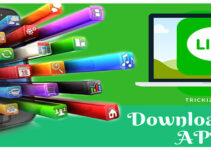 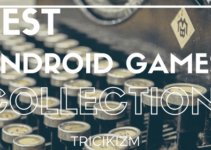 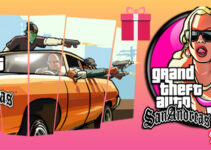