The most known Google Play Store used for installing different apps. There are plenty of apps that are helpful for daily use and people used this most. On the other hand, there are a lot of Google play store alternatives available in the market. You just need to know about these alternatives play stores from where you all can get your desired free and paid apps and games. This article is going to help today folks who have Android phones or not, and they want to use Android apps in alternative ways. 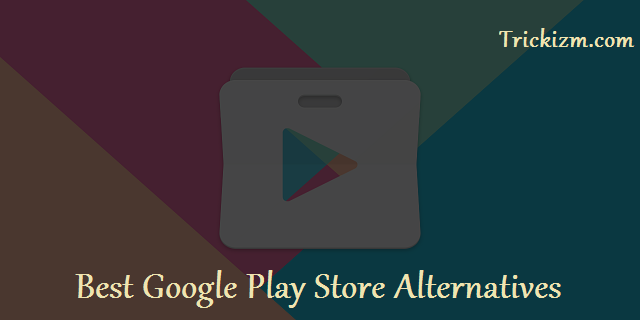 Why do We need of Google Play Store Alternatives?

Many reasons are behind it that you might have business enterprise beyond Google Play Store. There are a plenty of alternatives play store which has a bunch of apps that are useful for all of those people who want to make life easier. Here is a quick analysis of the main alternatives:

So, if you were looking for best Google play store alternatives from where you can download free apps, then you’re at right place. Today we came up with another article with best third-party android app stores list 2017. All play stores are excellent and very famous. Some of these Google Play Store Alternatives Android app stores are also providing both free and paid apps that you can free download. Now lets scroll down and have a look on these best Google Play Store Alternatives. 🙂

This store has an excellent variety of over 200,000 apps (paid and free). It is extremely competitive in Brazile, South Africa, India, Russia, and Indonesia and other markets around the globe. It is readily available from any browser o any country by just typing apps.opera.com. The quality of app may disappoint you if your running apps are free because published apps are free.

The central power of the Opera Mobile Store that this platform distributes apps and games to reach over 350 million browsers in multiple countries as mentioned before. It reaches over 100 million monthly users.

Another alternative of play store is Amazon app store that is the biggest one particular choice after play store. If we look into the history of Amazon, we came to know that Amazon started the app store for the first time to compete against Google along with their own Android devices. When you installed on your mobile device, you get to download the free app of the day on a daily basis. It’s a plus point.

You will find many discounted apps and promotions, and many more features from Amazon app store.

This site is easy to use and look attractive because it has a well-designed form. The process of downloading and searching are much appreciable than the design of this site. You can search any desired app by using the search bar on this site from the latest uploads. You find a lot of versions of your researched apps. It gives you the best result. Then you can visit the download page for downloading the. Apk file for the selected app.

Aptoide is another alternative of play store that is the most popular AppStore among the Google Play Store users. It has a clean interface on app and website as well. Paid apps have the most ads while you are opening an app after installation.

Aptoide beats all alternatives on UX and visual standards. All apps have been designed as per the Google standards. The user experience is almost as good as the Google play store. After installation, you get a welcome screen and all useful apps in your store. The categories and tabs of this store look like the play store. It is a full-fledged replacement of Google Play Store. This store also detects the updates of the apps if available.

This one is another option for you from best Google play store alternatives. This app store mostly used on the Samsung Galaxy Android phones or tablets if you have a Galaxy phone then what are you waiting for? Go and grab this app store for making your life easy and straightforward. There is a forest of free apps, but you may don’t like or disappoint due to the average quality of apps.

Here is another alternative app store is known as GetJar which is full of free and paid apps. It is the biggest open-source Appstore for Android with major most wanted categories which is just mind blowing. You can search these apps by filtering with the given categories or subcategories. This app store is same as the Google Play Store because it has many same categories Finance, Productivity, and Photos, among others.

GetJar has cross-platform support such as Windows Mobile, BlackBerry, and iOS. It has also employed user likes, dislikes, comments, and Facebook support.

GetJar service now provides over 1 million mobile apps around the globe; it just means the major mobile platforms including Android app store. Sometimes, the number of downloads through the app exceeds 3 million across all the leading platforms. It is the biggest achievement of GetJar app store.

F-Droid is a free and open source software (FOSS) installable catalog applications for the Android Google Play Store platform. It is used as a best Google play store alternatives. The users of F-Droid makes it easy to install, browse, and track of updates.

You can download F-Droid from the official website, grab Apk file from there and install it manually just like a third-party app. But you have to make sure that you mobile settings are correct, as per installing any third-party tool. Once you install the app, you can find multiple apps by browsing categories.

Mostly, you want to find F-Droid as Android apps, but not smaller, free and low-level utilities created to make your Android smartphone as useful as possible.

It is another alternative app store which is the best Best Google play store alternatives on Android. Uptodown gives complete access to Android apps including latest updates of the apps. You don’t need to sign in to your Google account for using this app store or downloading any app.

Almost, all apps show the payment model to avoid those that give you just a small glimpse of what they are capable of and then require money for just about any extra feature.
It can roll back older version from the latest version of apps and games anytime. It helps you a lot when the new update of the app is harmful to your device then you can roll back easily.
Then you can again roll back to the latest version of the app when developer declared each and everything about the new updates either it’s harmful or useful.

Mobegenie is one of the best Google play store alternatives for those who want to use the third-party tool on their device for the betterment of app using. The market features many apps which can be found easily in the Play Store (Android App Store) but claims to have an “intelligent” testimonial system to recommend the best one apps for your use.

Mobogenie is indeed a more professional and sophisticated looking store and houses a file manager to organize downloads like audio, videos, ringtones, wallpaper, and much more.

It combines with a desktop app for easy file management between your computer and your smartphone/tablet device. It’s very easy to navigate, secure and also integrates a backup option.

SlideME has a significant value regarding Best Google play store alternatives. It offers some paid & free quality Android apps which are also rated by the users from the site’s broad community. All apps in the database have been humanly approved after final testing.

SlideME’s apps can be searched, with available options such as updated, ratings, newest, and categories like lifestyle, education, languages, etc. The most catchy advantage of this app store is that almost all of apps are available in various languages and many currencies are also accepted around the globe. The SlideME app store can be installed for free from the official SlideME website.

There are plenty of App Stores that can be added to the list, but we have just focused only on those best Google Play Store Alternatives that offer the best user experience and robust security just like the Android App Store. Becuase people are more cautious while they are going to try third-party app stores as there are stores which offer pirated apps at the cost of breaching their privacy and security. Hope you find the answer to your queries in detail. 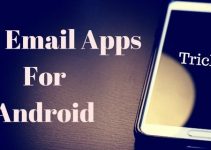 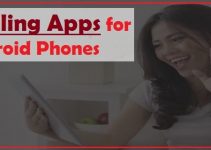 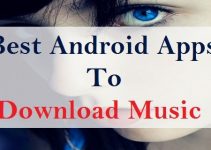